Thanks for creating magic with $OK while enjoying and supporting the project over the years!
$OK works for its users, $OK is community based, you are what makes $OK great!
For many years to come! 🚀
With Love ~ From all the different $OK Teams 💙 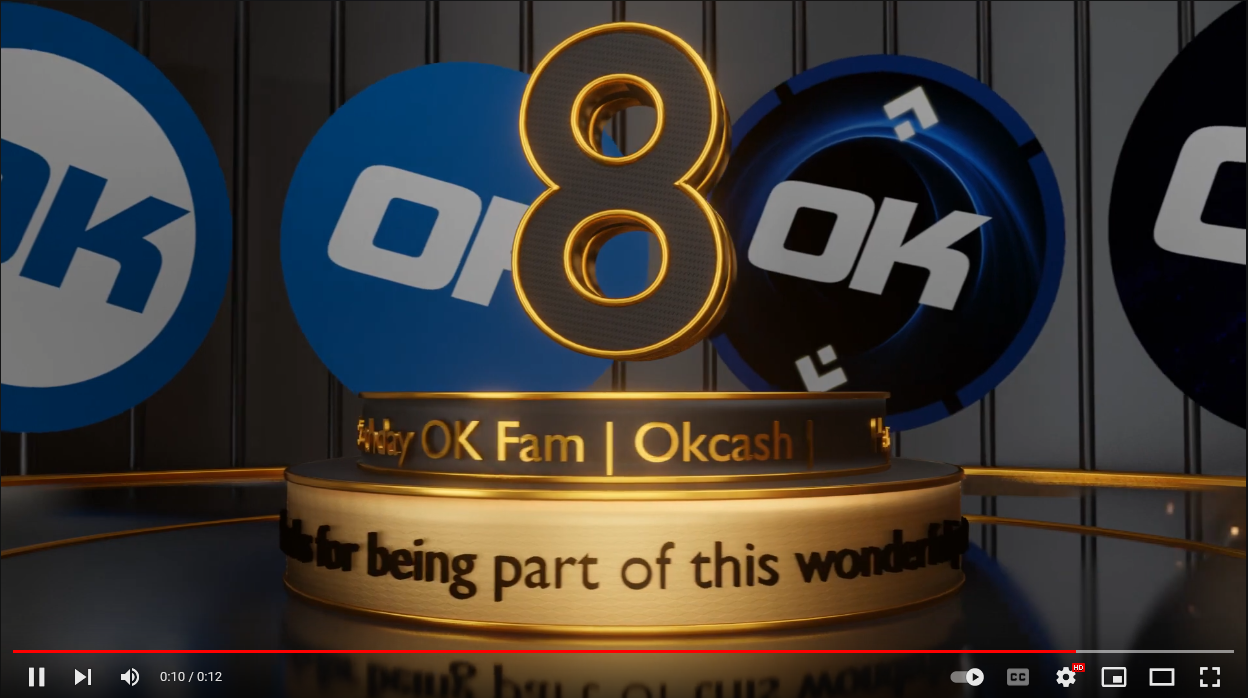 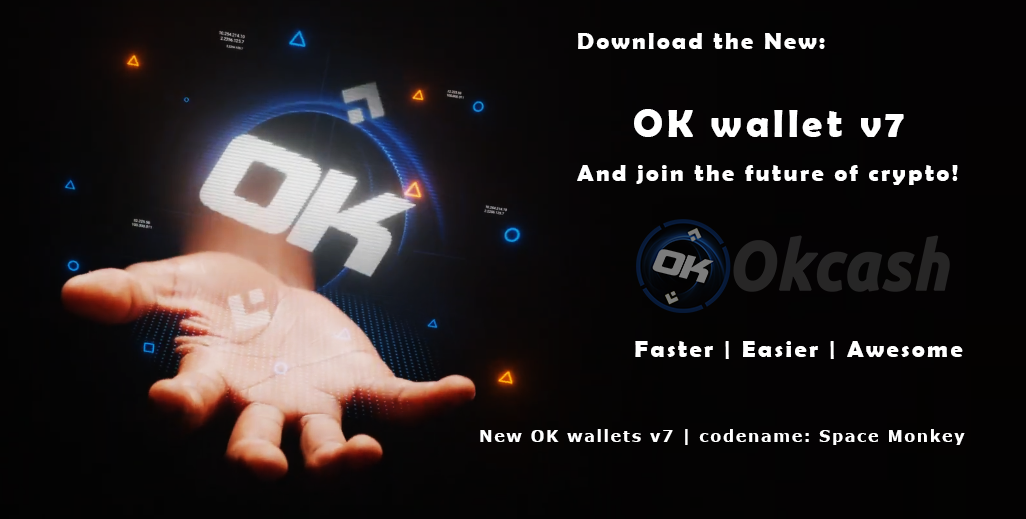 
Thanks everyone for your support to the OK network.
If you require further assistance, remember to join: https://discord.io/ok [Live chat]
where the OK community and team members are ready to help.
#3

How to add [OK] Wrapped Okcash BSC to Trust Wallet 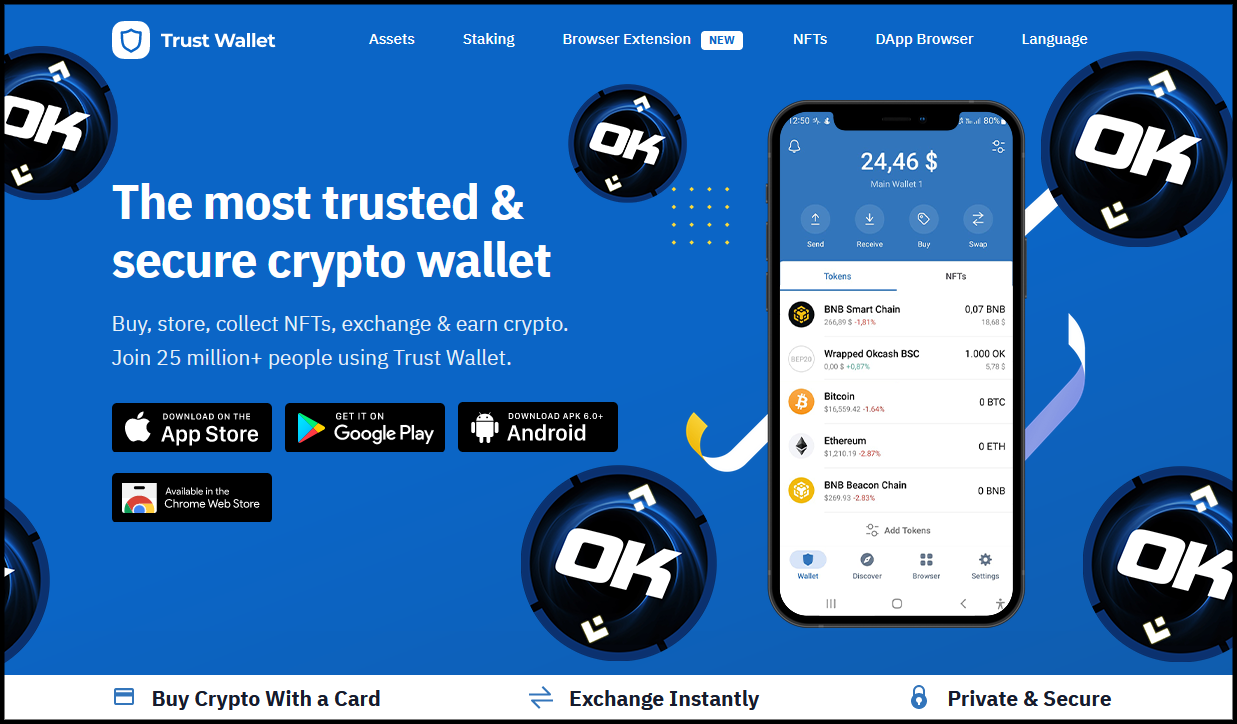 8th OK Birthday is on November 24th! Join and Win! 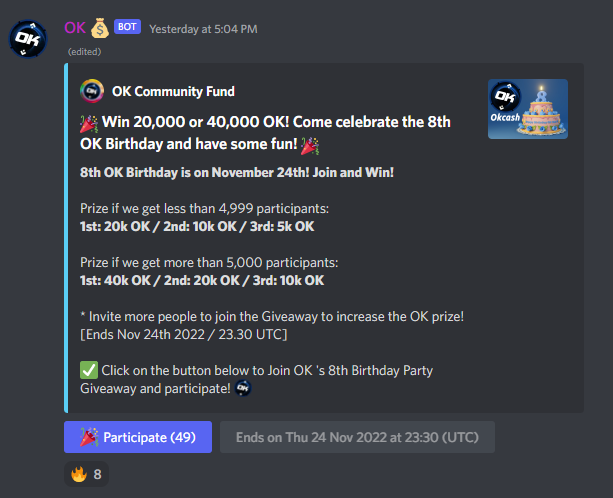 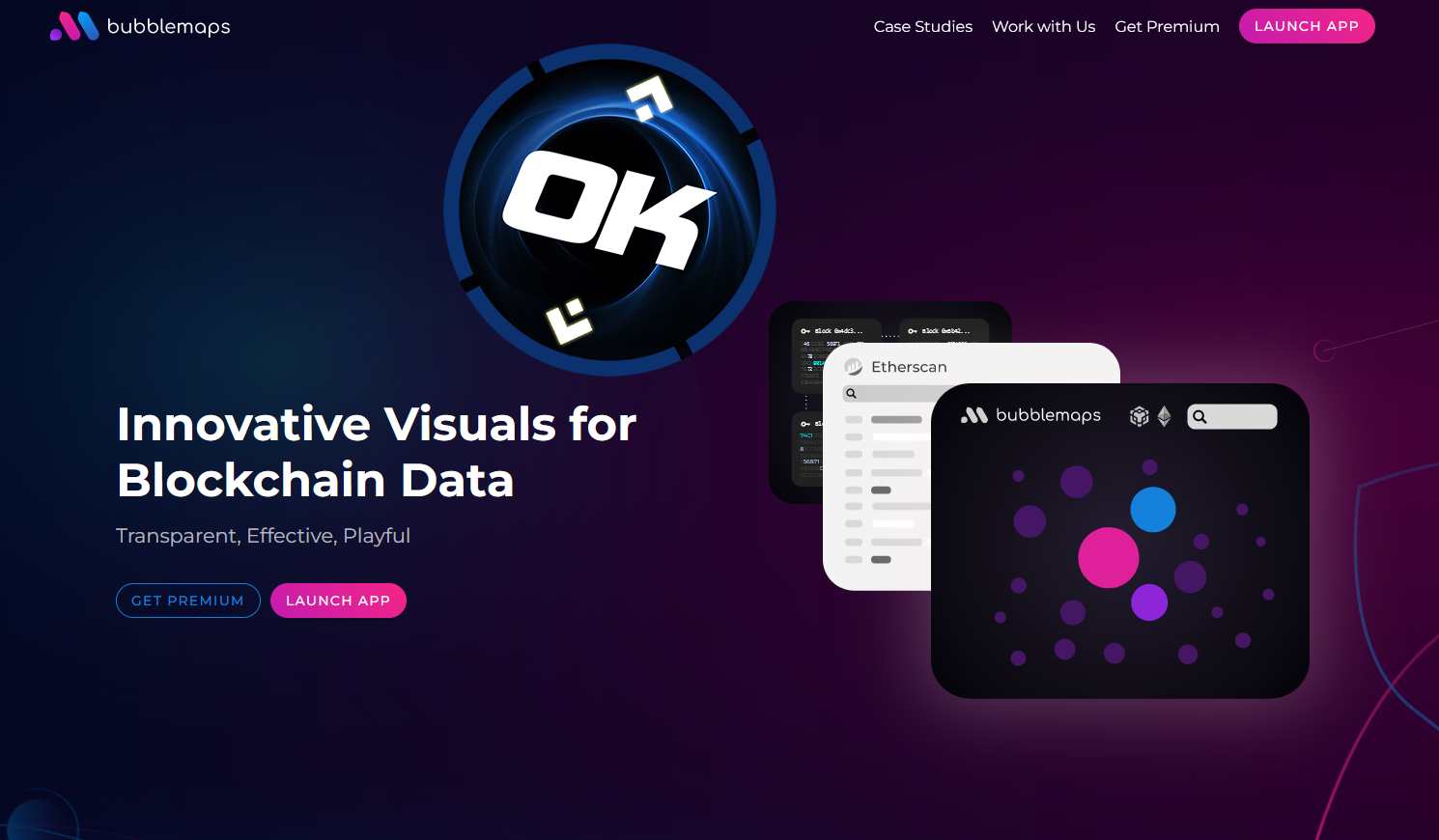 This integration helps increment even more the transparency and trust into $OK as it audits the supply constantly and it represents it in a real easy way to access and understand in a bubbles map.

How Does It Work?

The project Bubblemaps, the supply auditing tool for DeFi tokens and NFTs, creates colorful bubbles allowing users to easily see connections between different crypto wallets. If the wallets holding the biggest shares of the project's tokens are closely linked to each other, it is a suspicious sign.

Namely, there is a risk that a whale investor splits its tokens between connected wallets to hide its status. Bubblemaps use cases include the fight against wash trading, wallet-splitting, and manipulations with voting power.

Bubblemaps Is Trusted By Many Industry Leading Projects

Industry-leading projects use Bubblemaps to follow holders' behavior, get actionable market insights, and showcase transparency to the community. 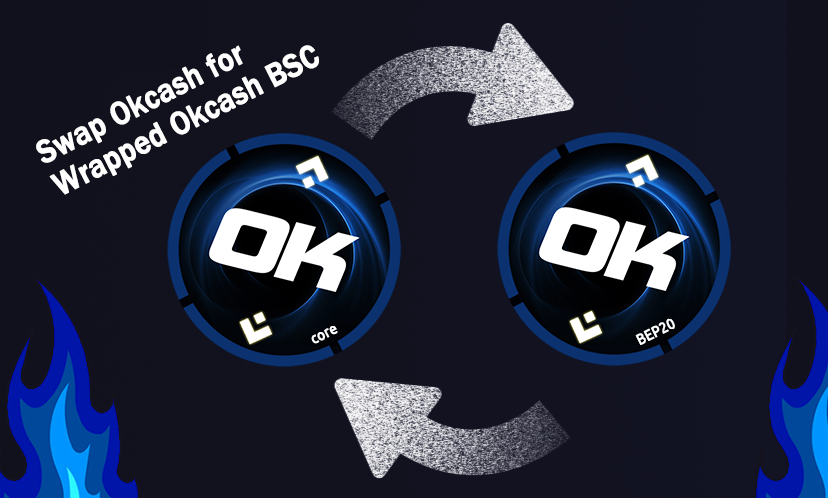 With the new expansion of Okcash into the DEFI space, some users have requested a tutorial on how to swap your Okcash for Wrapped Okcash BSC, so here are the proper steps:

3. Fill in how much Okcash [OK] you are going to swap for Wrapped Okcash BSC [OK BEP20], post your Binance Smart Chain address in the "OK BEP20 Address" field (This address is where you will get your [OK] Wrapped Okcash BSC), and click on Swap.

*If you click on "Advanced Options" you will be able to leave your email in case you want a receipt for the swap. (optional) 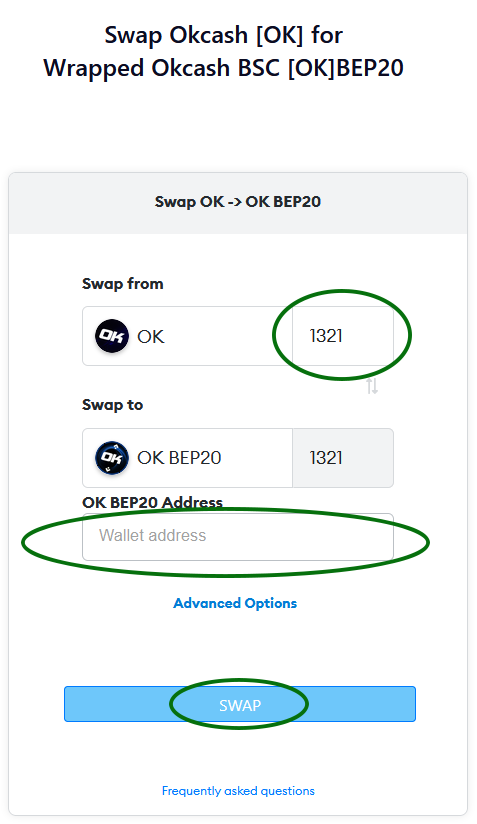 4. After you click on SWAP, a new window will open with the info for the swap. It will request to send the Okcash to a specific address, and will provide the info on our Swap (how much OK we are doing to swap, to which address). 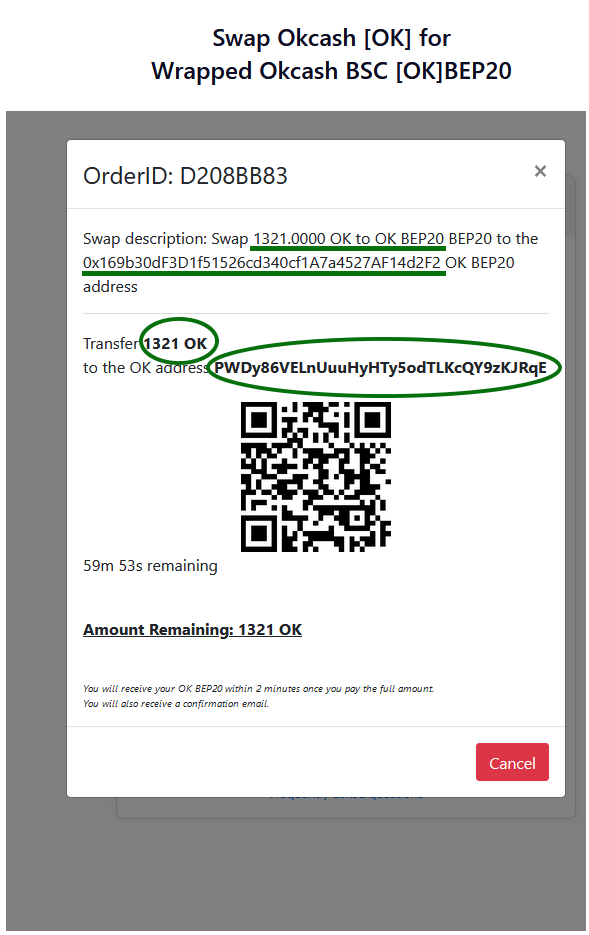 5. Now you only need to send the Okcash to the requested address. It will take around 3 minutes to recognize your payment, it will mark it as complete and from here you can close that window and just wait for your Wrapped Okcash BSC to reach your wallet.
(Always save the OrderID, just in case you need support with your swap) 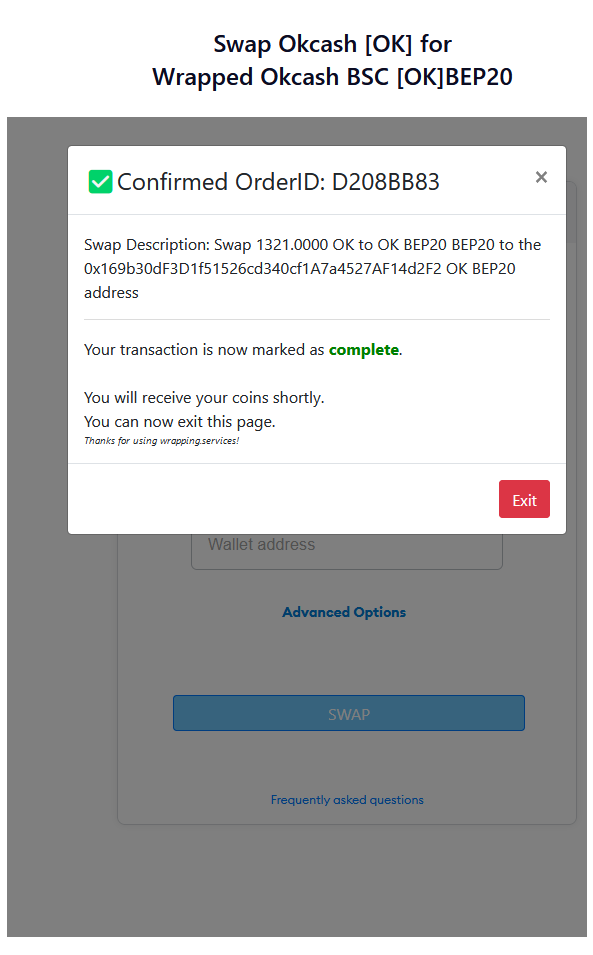 6. After the Okcash you sent gets 10 confirmations, it will take 2 minutes to do your swap, meaning that after you sent your Okcash, you should get your Wrapped Okcash BSC in your wallet after 10–15 minutes tops.

Now you are ready to use your $OK over the Binance Network, you can add it to the Liquidity Pools to earn trading fees on decentralized exchanges, you can trade it, you can save it on your metamask wallet or your Trustwallet among many other options, our next tutorial will be on "How to integrate $OK into TrustWallet".

Have a good one!

OK Projects / The 6th Okcash Block Halving Event is around the corner!


The 6th Okcash Block Halving Event is around the corner!

[OK Block Halving ETA: October 23rd 2022]
Okcash was designed as a deflationary currency. Like gold and Bitcoin, the premise is that over time, the issuance of OK coins will decrease and thus become scarcer over time. As Okcash become scarcer and if demand for them increases over time, Okcash can be used as a hedge against inflation as the price, guided by price equilibrium is bound to increase.

What is a block halving event?

As part of Okcash's coin issuance, miners/stakers are rewarded a certain amount of Okcash coins whenever a block is produced (approximately every 69 seconds).

When Okcash first started, 2000 OK coins per block were given as a reward to PoW miners. After the block number 33,186 PoW evolved to LTSS PoS and halvings have been ocurring at different time schedules taking in consideration 501,257 blocks per year, the block reward halves and will keep on halving until the block 27,589,135 (last halving approximately by year 2070).

As of now, the block reward evolved [Semi-static block reward + predictable network growth no matter net staking percentage, achieving Bitcoin predictability under Okcash unique LTSS PoS System.(Energy Friendly)] and is now under the LTSS PoSv3hybrid system at a rate of 6+ coins per block and will decrease to 3.9+ coins per block post halving.

Who controls the issuance of Okcash (OK coins/tokens)?

The network itself controls the issuance of OK coins/tokens, derived by consensus through all Okcash participants. Ever since Okcash was first designed, the following consensus rules exist to this day:

Any change to these parameters requires all Okcash participants to agree by consensus to approve the change.


... for more info on the OK Halving visit: https://okcashblockhalf.com/
Join and celebrate at the OK Bitcoin Discord community on halving day for OK giveaways: https://discord.io/cryptocurrency
#9

This is a tutorial on How to add [OK] Wrapped Okcash BSC to MetaMask wallet.

Open the MetaMask extension in your web browser or your MetaMask mobile App.
Select the Assets tab.
Scroll down and click Import tokens. 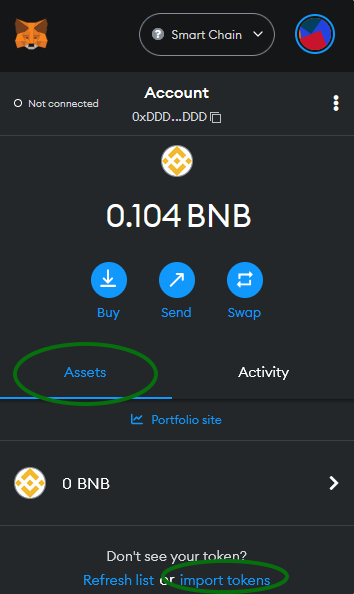 Select the Custom Token tab.
Insert the contract address of OK token ( 0x523821d20a283d955f6205B4C9252779Cd0f964B ) to the field Token Contract Address.
The token symbol and token decimal will get filled automatically.
Else you can add them manually; Symbol: OK  Token Decimals: 18 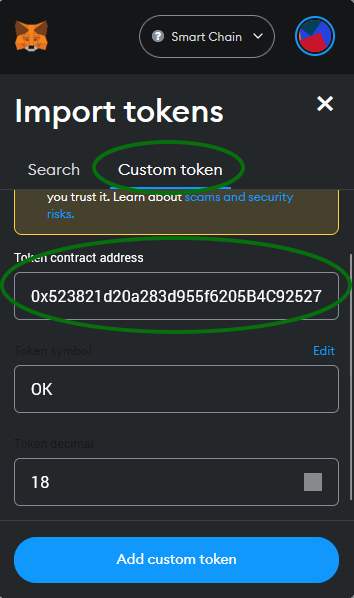 Click Add Custom Token.
You will see OK token information and the balance (if you have OK tokens at your address). 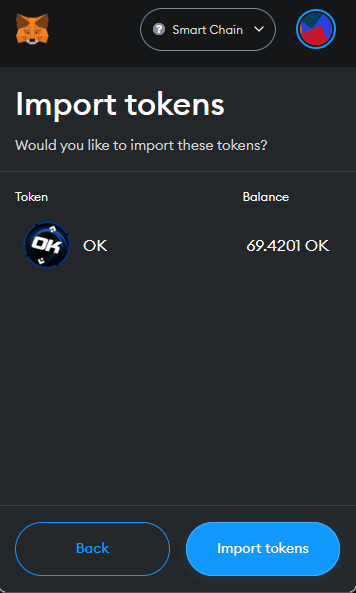 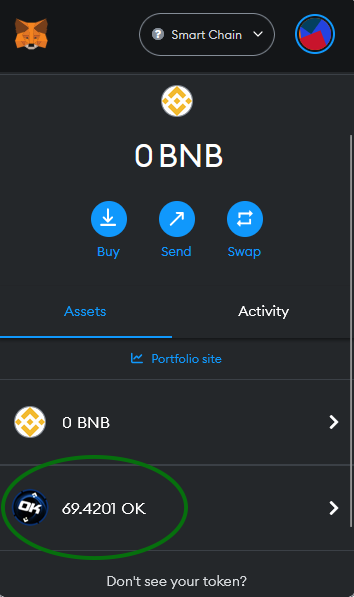 Congratulations, you added the OK token to MetaMask and it will become visible in the Assets tab, enjoy!

Now You can swap your Okcash back and forth and be able to use it over the Binance Smart Chain.
Enjoy DEFI with Okcash! 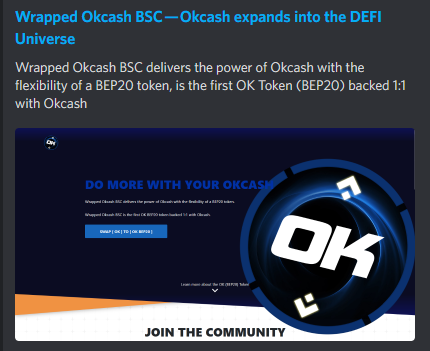 To celebrate the upcoming halving and as part of Okcash improvements,
is time to release the new Logo for OK to integrate better with the coming upgrades and the new times!
We hope you like it!
Enjoy. 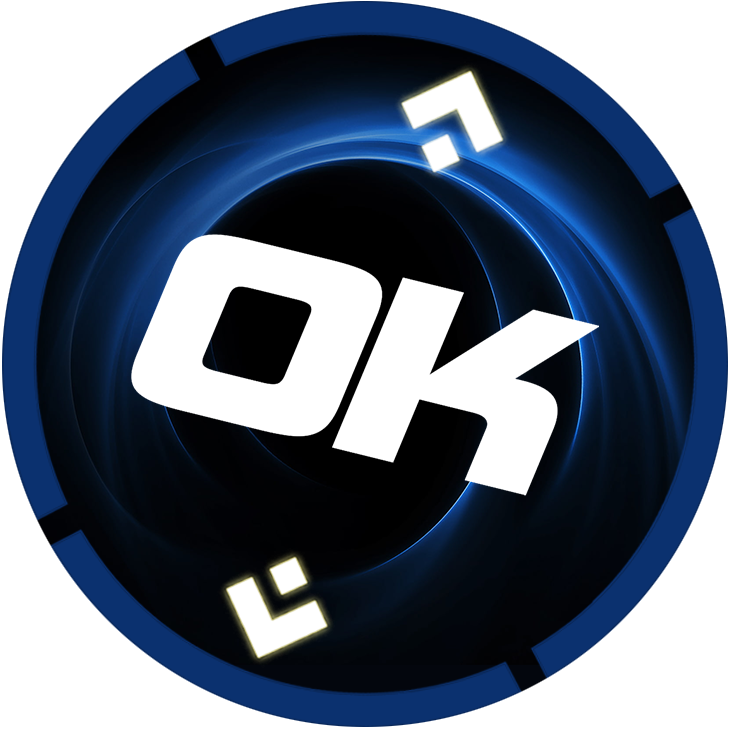 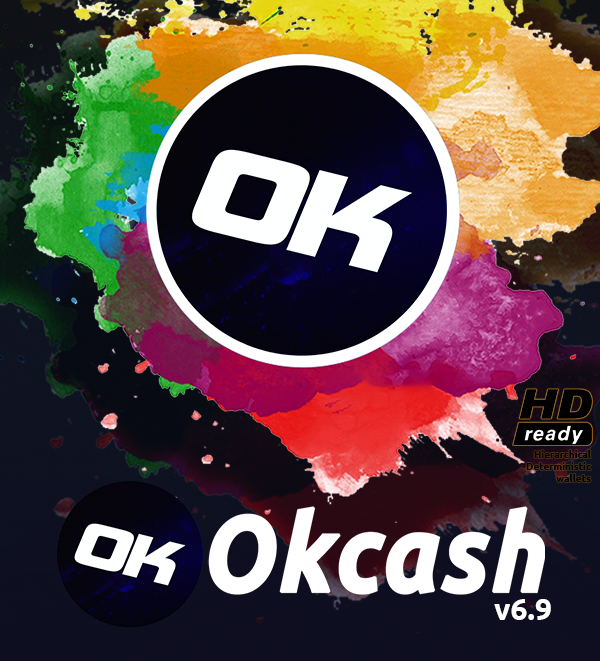 Aether (/Aithḗr/) is the personification of the "upper sky". He embodies the pure upper air that the gods breathe, as opposed to the normal air (ἀήρ, aer) breathed by mortals.


Thanks everyone for your support to the OK network.
If you require further assistance, remember to join: https://discord.gg/grvpc8c [Live chat] where the Okcash community and team members are ready to help. 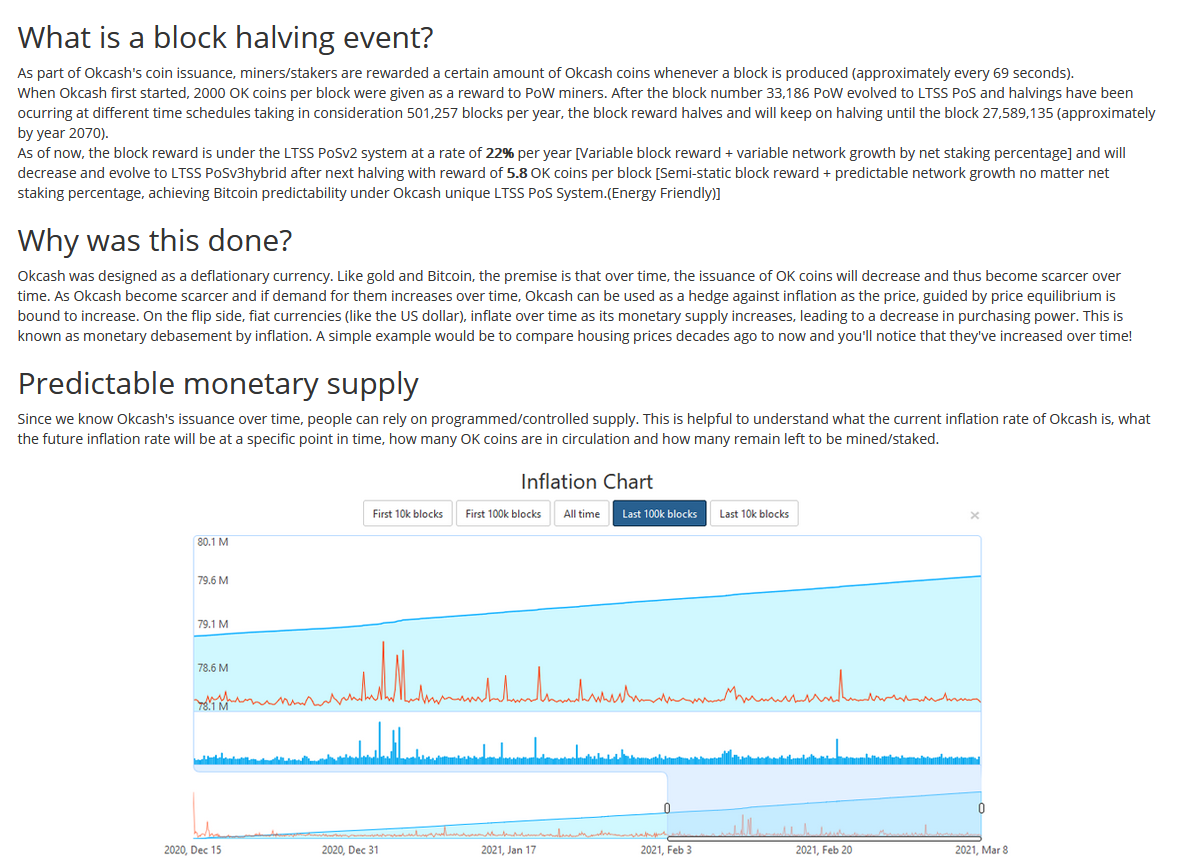 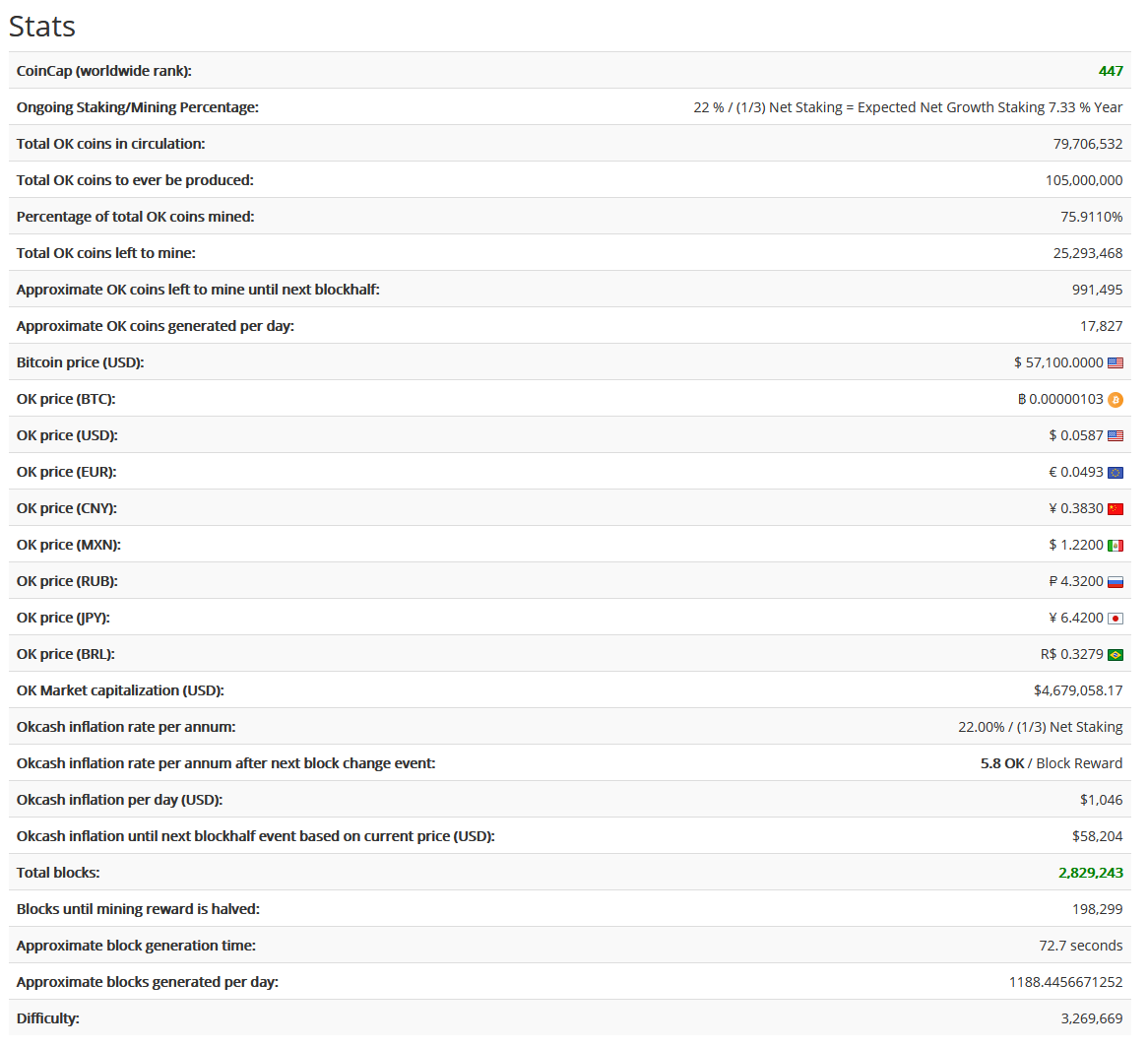 Okcash Tech Support and Staking / Re: How to get correct private key from Coinomi Wallet to Okcash oficial wallet???

Okcash Tech Support and Staking / Re: How to get correct private key from Coinomi Wallet to Okcash oficial wallet???

1.- Get your mnemonic phrase from coinomi (you can get it from okcash wallet account settings at coinomi)
2.- Unlock your OK wallet and go to OK Tools > Import an HD Wallet
3.- Paste your recovery phrase where is required and uncheck the "bip44" check mark
4.- Click next and finish the import.
5.- After done, go to the OK console and type: scanforalltxns 1
6.- Let it finish and you should be able to see your coinomi coins in your OK wallet.

(If after this steps you are still not able to see them, make sure you have your new account selected as main/default and it is activated at: OK Tools > Advanced HD config)